Jesus wanted people to be united, to live with each other in harmony. 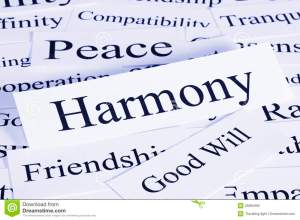 He never asked for us to create a religion, much less numerous “denominations”.  It’s poetic that such efforts splintered into tens of thousands of variations that can’t agree with each other.

The one who didn’t defend himself before the religious & political powers-that-be also
never asked us to defend him. It’s poetic that such efforts always backfire and make matters worse.

He called his physical brothers and sisters – Jews – back to the spirit of the law… which can be reduced to this:

Love God and Love others.

He also said we should love others as we love ourselves, so self-loathing has no place.

He was one who surrendered his whole life to God… which is the meaning of the Arabic word “Muslim”.

He was the living example of what it means to live a life of love, patience, mercy, and truth… truth that often burns like a light, exposing our inner darkness… not to condemn, but to draw into the light.

The world needs your sacrificial love. It’s the only thing that will unite us and help us live in harmony.