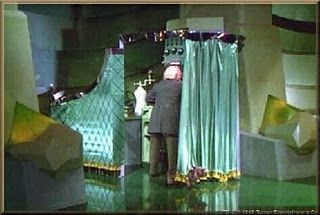 Since the time of Jesus, about 1500 years passed with only one major division in Christian religion that not so coincidentally paralleled the split in the Roman Empire.
Then Luther, Calvin, Zwingli, and others come along and each say they have the one right understanding of scripture and turn scripture into a “paper Pope”… but what they REALLY did was turn their individual interpretations and understandings of scripture into the pope. In other words, they each declared themselves as a de facto pope assuming their understanding of scripture equaled what God really meant.
In time some doubled down on it by claiming scripture is without error, that it’s the very word of God… but what they REALLY meant was that THEIR understanding of scripture was without error.
500 years have passed since then and there are now TENS of THOUSANDS of branches in Christian religion, all who claim their understanding is the one right one, without error, and that to disagree with them is to disagree with God himself.
Consider that. Deeply.
Once you see through it, once you pull back the curtain and recognize the Wizard of Oz for who he really is, you can’t unsee it… and now you have the opportunity to show how much integrity and courage you really have.
Oh how they will hate you. They will come at you with their threats, their accusations, and their attempts to manipulate you with fear, guilt, and shame. They will ostracize you. They will exclude you and castigate you. They will do all they can to make you feel alone, isolated, and wrong.
But you aren’t alone. There is a generation rising up with the courage to stand against the lies with love and mercy and hope and joy.
There is a bottom-up movement of people changed from the inside-out who are connected in ways the top-down, outside-in folks cannot grasp or tolerate.
It has no boundaries, only shared values. It needs no creed or budget or government papers for its existence. And it is committed to the value of all people equally and to the notion that no one should lack what they need, that love is better than hate, peace better than war, mercy better than vengeance.
It’s in your midst here and now.
In the end, love wins. It’s the only victory that matters.